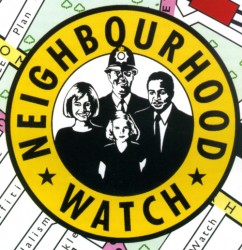 The Neighbourhood Watch group in Radyr and Morganstown are alerted to criminal activity, threats and hoaxes within the community. Most of the communication is initiated by the South Wales Police force using computer emailing services.

Members of the community are encouraged to sign up for this system by sending their email address to : d.cargill@ntlworld.com

We ask recipients of these messages to warn their neighbours of these alerts so that the whole community is aware of any risks.

We are now registered with the National Neighbourhood Home Watch Scheme- www.ourwatch.org.uk

Neighbourhood Watch matters are discussed at the regular PACT meetings. Details can be found on the PACT page

6 January 2020 – A resident had a call today, supposedly from Amazon Prime, stating that his subscription would be automatically renewed unless he pressed 1 on his phone.  Having pressed 1 a foreign female voice asked him to type an address into google, which was not an Amazon page. He realised that she was about taken over control of his computer! Be aware of this scam.

In Aberdeen people have been cold called upon and told to self-isolate. They have then be asked if they need anything? Taking their bank cards and using this to withdraw money from bank accounts.

As a result we are keen to awareness raise around letting strangers in. Contacting legitimate organisations who can help. Age Cymru, Care & Repair, WRVS, etc.

A number of #COVID19 related phishing emails have been reported to Action Fraud. These emails attempt to trick you into opening malicious attachments which could lead to fraudsters stealing your personal information, logins, passwords, or banking details.

We have had a report of an elderly female resident in Radyr being the victim of a rogue trader incident today (Sat 28th).

Two males in a white Transit van with livery on the side of ‘Tree Cutting’ or similar wording with green colouring surrounding the wording, has been to the address and removed a small amount of tiles from the roof. They have then attempted to charge a large amount of money to ‘repair’ the tiles. Luckily the female refused to part with any money and contacted her son, who quickly contacted the Police. These males are known to frequent the area and have carried out work for other residents. We ask that at this time, whereby we have a large amount of elderly people in self-isolation, neighbours are vigilant to ‘workman’ back and fore to these addresses. If you are concerned or suspicious of ‘workmen’ who are at addresses of people you believe to be vulnerable, please either check on them or if you are not happy to do so, please ring 101.

Any vehicle registrations/descriptions etc  obtained, please give to the Police.