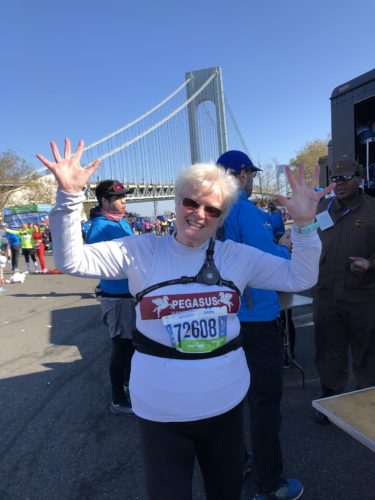 The marathon goes through all five boroughs of New York. It starts on Staten Island, then over the bridge into Brooklyn. Ten miles later on, it goes into Queens, then into Manhattan, before making almost a detour into the Bronx and finally emerges in 5th Avenue where it finishes in Central Park.

Helen made this super-human effort (she admits to being over seventy!) to raise money for a charity she helped to found called Both Parents Matter. It helps parents and grandparents stay in their children and grandchildren’s lives, if the child’s parents separate.

If you’d like to sponsor her, the link is www.viginmoneygiving.com/HelenLloydJones1