A reminder of the election to the vacant post to represent Morganstown Ward on the Radyr & Morganstown Commuity Council which is due to happen on Thursday, 6 February 2020. Polls will be open from 07.00 to 22.00 and all eligible voters should have received a polling card. Official notices relating to this election can be seen on the Cardiff Council website.

The Web Team gave the opportunity to each candidate to present a statement of up to 300 words and a photograph. Those that were returned by the deadline are presented below: 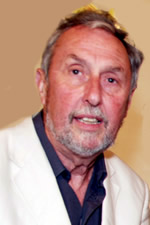 I have been a resident of the Morganstown Ward for more than thirty years and would be honoured to represent the ward on the Community Council.

Although I have never been a member of the Council I have worked with them on many occasions and am still Deputy Chair of the World War One Committee which organised numerous events to commemorate the war.

I have also been a member of the Executive of the Radyr and Morganstown Association over a number of years, helping to organise the May Festival and the Christmas Tree Lighting event.

I have become increasingly concerned about the lack of democracy in the two villages and the Community Council’s seeming preference for co-opting new members as opposed to holding elections.

I am particularly concerned about three issues;