The Radyr Drama Society was formed in 1982 by a group of enthusiasts living in Radyr and Morganstown. It performed its first play – ‘All in Good Time‘ by Bill Naughton – in May the following year. The group thrives entirely on the goodwill, hard work and support of its members, helpers and audiences.

Unfortunately, as a result of the Coronavirus crisis, the decision has been made to postpone our April production in line with current government advice. The good news is that we hope to be able to perform the play in November- provided the situation improves.

As planned, the next production will be ‘Bullshot Crummond’, a parody of the 1930’s hero Bulldog Drummond. This play takes a lighter look at the hero’s of the 1930/40’s. The play is cast and rehearsals which began in January but are now put on hold, are planned to re-commence in October . Performance will be in November at Morganstown Village Hall.

The November 2019 production was ‘The Exorcism ‘ by Don Taylor which was performed on November 21st to 23rd 2019 at Morganstown Village Hall.

It’s a Christmas ghost story, about two couples, one of whom has bought an old cottage. Strange things happen- food goes off, lights fail, music is heard and one person swears they have been to the cottage before…

(Not to be confused with ‘The Exorcist ‘).

The cast was as follows:
Edmund………………………….Patrick Baker
Rachel (Edmunds’ wife)……Melanie McLeod
Margaret (Dans’ wife)……….Helen Blundell
Dan………………………………..Peter Griffiths
Directed by Gill Evans.
Performance dates were November 21st to 23rd 2019
Below is the link to the ‘Flickr’ gallery for photos of this production.
View ‘The Exorcism’ photo gallery on Flickr.

The previous production was Agatha Christie’s “Spiders Web”. which was performed on April 11th, 12th & 13th 2019 at Morganstown Village Hall.

Some pictures from this production are shown below together with the link to the ‘Flickr’ gallery.

Our recent productions have been well received and continue to add to the list of successful productions staged by the society. However, as in many spheres, there is a constant turnover of members and the group is constantly on the lookout for both for new acting talent and people interested in theatre ready to play a backstage role in a variety of ways such as dress making, costume design, set design, building and decoration, stage management, publicity, lighting and sound. On performance nights we also need front of house staff. Actors of all ages and sex are welcome. Recently, we have found that students following a course of study in the performing arts find it useful to get experience ‘on the ground’ via Am-Dram

If you’d like to get involved, get in touch without delay. You can do this by contacting the chairman, Peter Griffiths at peter.griffiths5@btinternet.com

This is a new class of membership for which the annual fee is £10 per person and for this the member will be invited to attend play readings and any social events organised by the society.

You will be offered ONE ticket per production at HALF PRICE. We generally do two productions per year.

You may also be invited to help to advertise/promote our productions and if possible, help with ticket sales.

Also you may sometimes be invited to help with front of house tasks during performances such as selling programs or raffle tickets, showing people to their seats or helping with refreshments.

The Privacy Policy of the Society can be seen by clicking on ‘Privacy Policy’ at the top right of this page (or at the bottom of the page if using a laptop or other mobile device).

Some Photographs of ‘Spider’s Web’:- 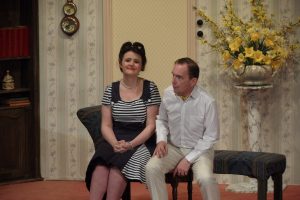 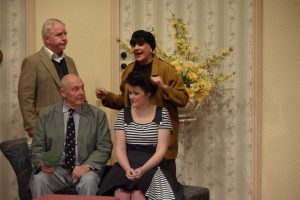 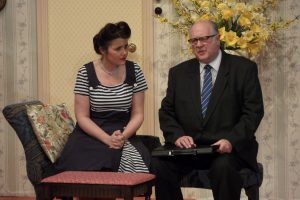 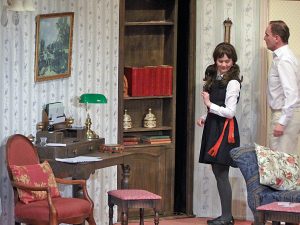 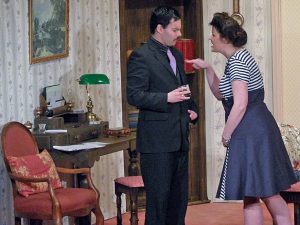 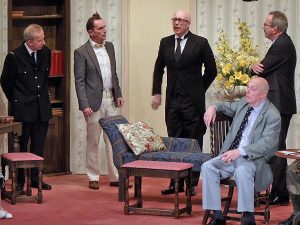 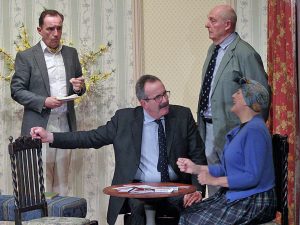 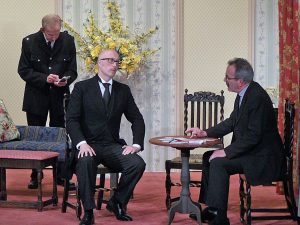